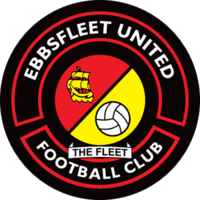 “I thought the quality in levels just showed on the day really. I thought it was quite an even-type game, we were brave, implemented our gameplan, we played some great football and took the game to them on their own patch at times. But that level of quality ultimately showed on the day.”

“When you come to places like this you have to take your chances. David (Ajiboye) is not going to have a better chance than the one he had early on but full credit to the players. They came here and implemented everything we wanted them to but when you come here and have the chances we did it’s important you take them, that’s the little bit of luck you have got to get.”