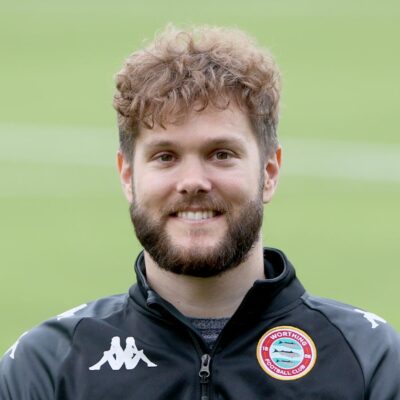 George Dowell is the majority shareholder of Worthing Football club, having made a very significant investment in the club in 2015, firstly to acquire a majority shareholding and secondly to invest in the clubs infrastructure and facilities, particularly the all weather pitch, as well as the main stand and bar.

Born in Worthing he continues to live locally and is a former player of the club, progressing through the youth system.

George’s status at the club is legendary and he is a much admired and much loved person who has won the hearts and admiration of all involved at the club; the fans, the players, coaching staff, volunteers and the management committee. 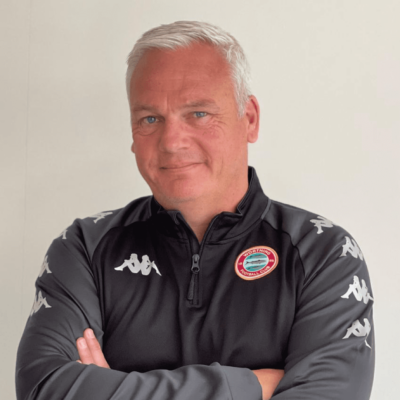 Barry was born and grew up in Worthing, having played for the clubs U18s, reserves and first team. His father Roy was also born in Worthing, was a lifetime club volunteer and huge fan of the club.

After graduating in Business Management at Aston University, Barry followed a career in consumer marketing at household brands Boots, British Airways and HJ Heinz. Barry then began a 25-year career in the business of Sport, initially 10 years with Adidas where he headed up UK Football and Rugby before becoming Marketing and then Managing Director of the UK, Ireland and Benelux countries. His commercial deals included Tottenham Hotspurs, Newcastle Utd, British Olympic Association, David Beckham and The British Lions. Barry was also a member of Adidas’ European Strategy Group. Barry is currently CEO of a multi site sports and leisure business in health clubs and recreational football, which he helped form in 2005.

Despite a long-term career in the business of sport, Barry has always had a passion for community-based football. Before returning to his Worthing roots, Barry oversaw the long-term transition of his then local Football Club, Loxwood FC, from village team to the Premier division of the Sussex county league, where the club still competes along with a newly formed, 200 strong Youth and Junior section.

Chris is a qualified accountant and has had a long career in senior financial management and financial planning roles at West Sussex County Council, overseeing and supporting multi million pound spends on services funded by public money. Chris first watched Worthing play in an FA Vase Fifth Round match with Billericay in 1979. His interest in the club grew further during the Barry Lloyd era in the 1980s, which was around the time that he began a thirty-year career as a referee. This eventually led to him refereeing on the current equivalent of National League South and being an assistant referee on the National League. The pinnacle was being appointed to referee the Sussex Senior Cup Final in 2004 when Worthing played Brighton Reserves. After hanging up his whistle, the lure of the non-league game brought him back to Woodside Road, where he has been a regular for the past few years and is now a season ticket holder. 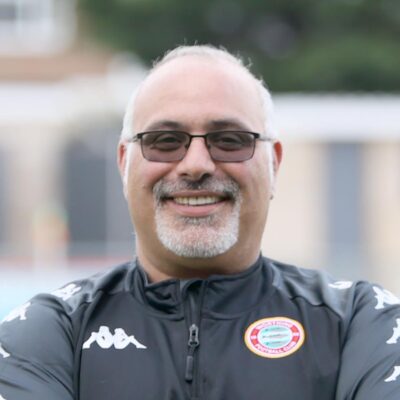 Born in North London Vas has lived in Worthing since 2000. He has a long background in Football club administration and governance as Club Secretary and Chairman of Edmonton Rangers. Vas took over as our club Secretary in 2019.

Vas works in Education and teaches Business Studies, Economics and Computer Science, is a former head of 6th form and currently Head of a Business Faculty. 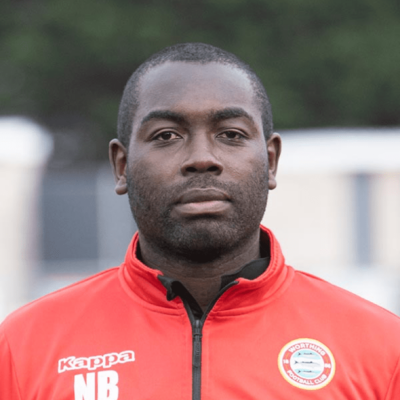 Nathan is our full time General Manager with 2 key responsibilities at the club: Director of Football and Venue Management at Woodside Road. Nathan also heads up the Clubs Football Education Academy.

Nathan is a UEFA B Licensed coach who spent 14 years as a Football Development Officer for Brighton and Hove Albion. For the past 5 years Nathan has worked for Volenti Academy, both as a Football Development Officer and more recently as Regional Director. Nathan has a wealth of experience in football strategy, operational management, community engagement and football administration. 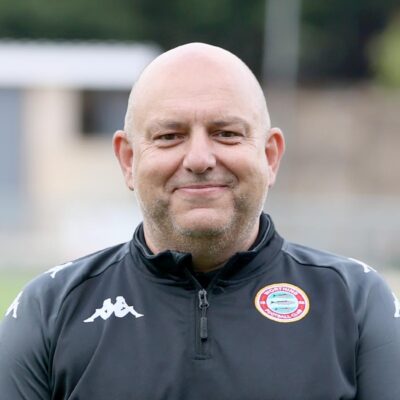 Dave joined the clubs committee in 2020 and is responsible for our commercial strategy and delivery.

Dave has been involved in senior Amateur football in Sussex for more years than he would like to remember, in team Management, as Director of Football and more recently in club strategy.

Dave is very passionate about football and has had a close relationship with the club over the past few years as his son (Luca) was one of the first players to sign for our new U19 Academy. 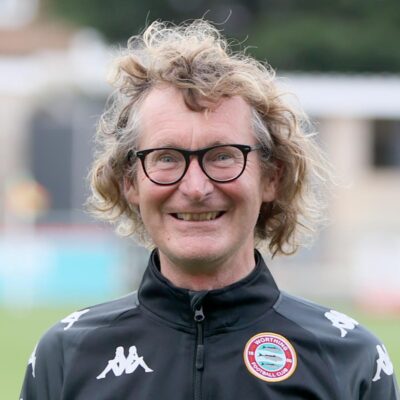 Mike is a long-time resident of Worthing and started supporting the Mackerel Men in 2016.

Mike practiced for 30 years as a Chartered Building Surveyor (MRICS, MBA). He acted for a wide range of private and commercial clients and specialised in the design and administration of building projects, including new build and refurbishment, renovation and remodelling of schools, hospitals, shops, offices, warehouses and housing.

Mike is a member of WFCSA and has volunteered for the club on matchdays for both the men’s and women’s’ teams. Mike joined the clubs Management Committee in 2020 to lead the various ground improvement projects during the recent covid lockdown, following our successful grant applications. 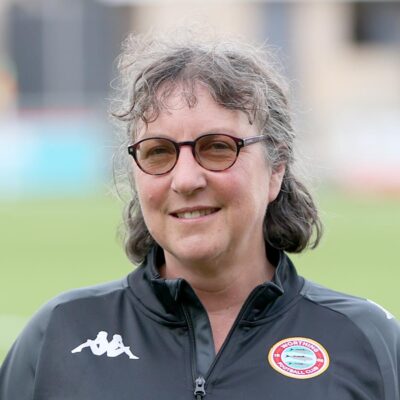 Angela first started supporting the club in 2016, joined the WFCSA and then became involved in volunteering on match days. Angela spent her professional career in the public sector, which started in Public Health and developed in regulatory compliance and the promotion of health and wellbeing through population-based interventions.

Angela has worked in the senior and strategic management teams of several public authorities, working with national and international agencies, such as the HSE, Central Government and the World Health Organisation. In 2002 she started a consultancy, helping businesses to develop and improve their management, compliance and quality systems to achieve accreditations such as OHSAS18001 and CHAS.

Last year, having retired, she joined the clubs Management Committee, leading on key project management, including several successful grant applications for ground improvements. Angela has a particular interest in developing the clubs Women’s team and supporting the clubs Community engagement.

Dave is a Worthing man through and through is retired IT consultant and father of club owner George. Dave has been our matchday operations manager since the 2019/20 season. He is responsible for stewarding, turnstiles and ticketing. 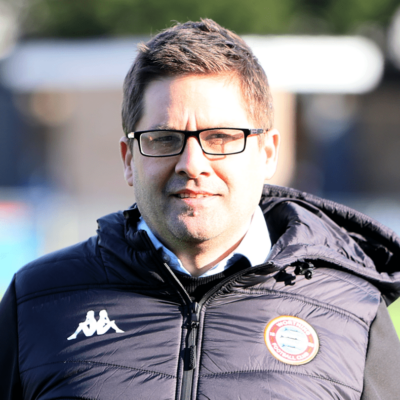 Paul joined the club in February 2022 as our full time General Manager.

Paul is a highly experienced commercial operator whose training was founded in the Private Health and Fitness Club sector at household brands David Lloyd Leisure and Virgin Active. Paul was a member of the management team to open the David Lloyd Club in Worthing in 2004 and progressed from Head of Sports and Programming to full General Manger at Virgin Active in 2 of their Middlesex clubs.

Paul plays golf, off a 12 handicap and is a former Assistant Head Professional tennis coach at both the Dubai Creek Golf & Yacht Club, UAE and The Wentworth Club.

In his spare time Paul volunteers for his son Archie’s U10 team at Ringmer Rovers Junior Football Club, and is a Spurs fan.