Here's Five Facts on Merstham Football Club ahead of our away fixture on Wednesday 30th January 2019. Did you know..? 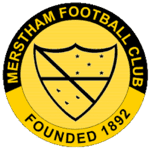 1. The club’s first ground, at Limeworks Meadow initially had no changing facilities; so players had to make do with hedgerows !

2. Floodlights were erected for the 1990/91 season and were inaugurated with a game against a Crystal Palace side that included current England Manager, Gareth Southgate.

3. Their record home attendance (at the time) of 1,582 was set against AFC Wimbledon, in a Combined Counties League Premier Division match, on 9th November 2002 and included future Worthing Goalkeeper, Luke Burton between the sticks.

4. ‘Reigate Stone’ was quarried in Merstham and used to build parts of Westminster Abbey and Windsor Castle.

5. As of 2011, the village’s population was recorded as 8,123 and was also where Alfred Nobel first demonstrated the use of dynamite in 1868. 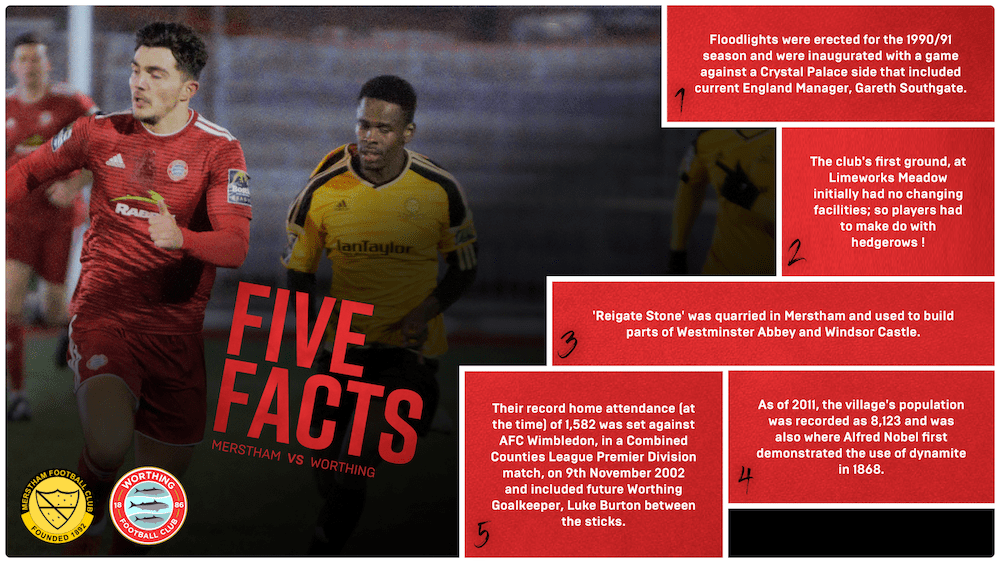 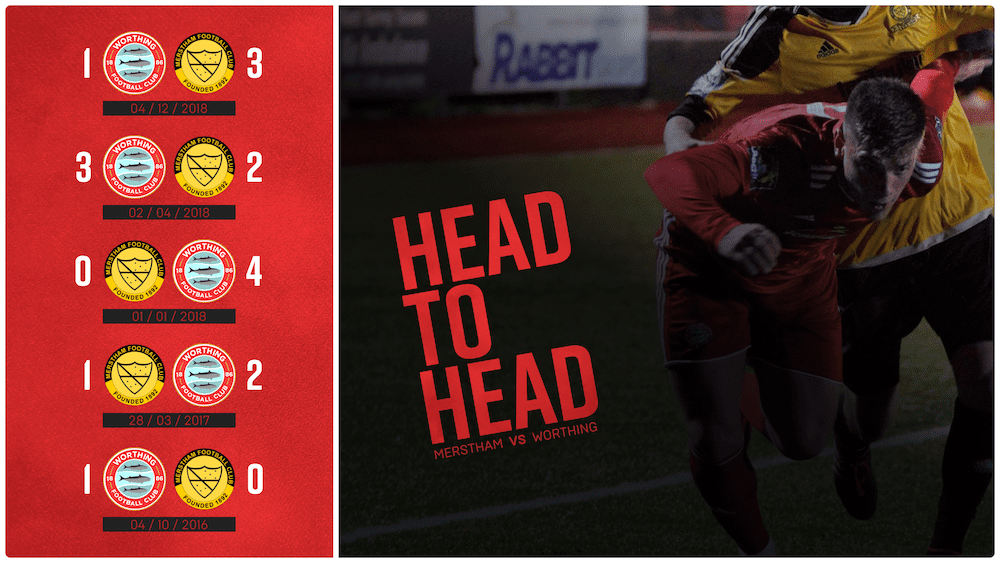