1. Lewes have played at their infamous Dripping Pan home since their formation back in 1885; with the exception of two seasons immediately prior to the start of WW1, when home was the neighbouring Convent Field.

2. In 2001-2002, they set new club records by reaching the first round proper of the FA Cup and the quarter-finals of The FA Vase.

3. They’ve been champions of five different leagues in their time, so far, ranging from The Mid Sussex to Conference (National) South.

4. Politician, Sir John Pelham’s accounts for 1694 show that 2s 6d were paid for a wager on a cricket match in the town; one of the earliest known references to the sport.

5. Percy Lefroy Mapleton, a journalist by trade, was found guilty of murder at Lewes assizes in 1881 and sentenced to hang becoming, in the process, the first composite picture on a wanted poster. 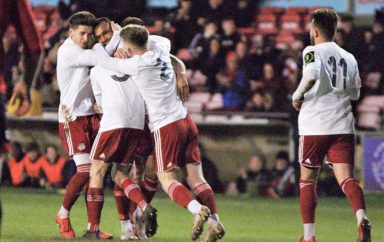