1. From 1965 to 1968, Potters Bar Town played in three different leagues – The Barnet & District, North London Combination (after a merger with The Finchley & District) and Hertfordshire County.)

3. Two years later, floodlights were first installed at what is now known as The Pakex Stadium.

4. The end of the decade almost saw The Scholars grace the hallowed turf of Wembley – only to be denied by a late extra time goal in the Quarter-Finals of The FA Vase in 1997-98.

5. Since 2007, the club have set and equalled record-breaking runs in both The FA Cup and FA Trophy- reaching the fourth qualifying round three times and the second qualifying round four times, respectively. 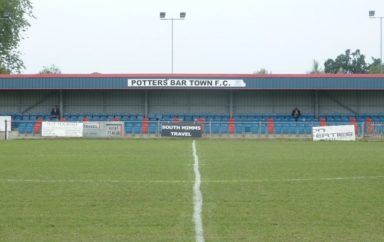