Worthing Football Club have their second match of the new year this afternoon, making the trip up to Essex to face East Thurrock United in The BetVictor Isthmian Premier League at Rookery Hill. 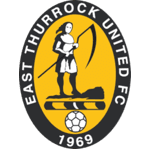 The fixture comes three days after The Mackerels’ 3-0 victory over rivals Bognor Regis Town, winning at Nyewood Lane for the first time since 1999 thanks to goals from Alex Parsons, Ollie Pearce and Jesse Starkey.

Worthing are also now unbeaten in the league since the beginning of October, when they lost against their opponents today by three goals to two at Woodside Road despite taking the lead twice.

Provided current table-toppers Folkestone Invicta drop points in their match away to Brightlingsea Regent, The Reds could leapfrog them into first place should they pick up their seventh away win on the road this campaign.