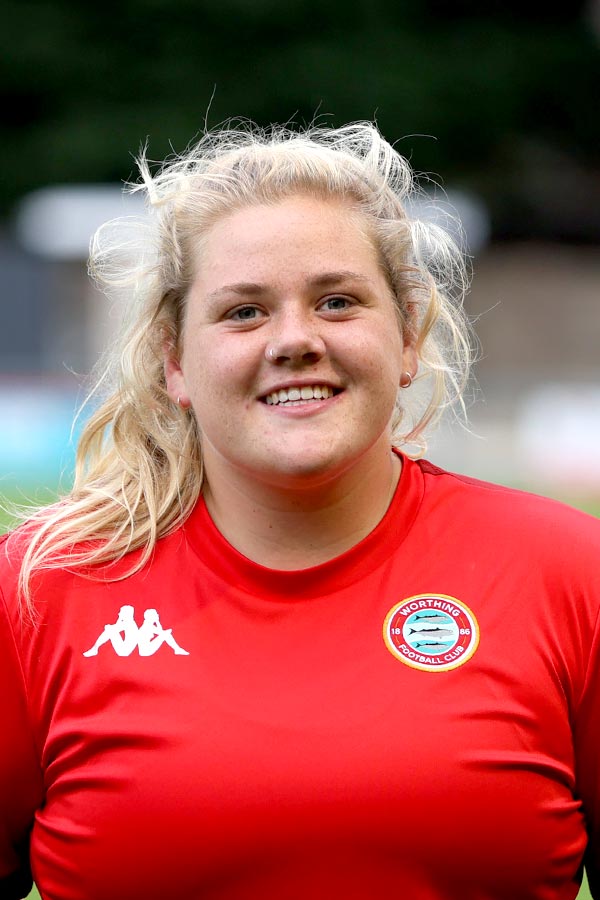 Alice is a solid player who always gives 100% to the team. She works very hard and is highly competitive. Good at distributing the ball, she is very tenacious and reads the game well. She has been a regular starter in the Team and brings a calm and assured element to the defensive unit. Alice likes to play forward when possible.

Alice began her playing career with Chichester City as a 12-year-old and progressed right up to the 1st Team where she was part of the squad that gained promotion. Before heading over to the States for university, she played a season for local side Saltdean and won the league. She represented Sussex as an Under 19 and signed for Worthing FC Women. During her time at college, she was a National Champion topping the league and won The Peoples Cup. Alice is currently at University where she is studying sport & exercise.