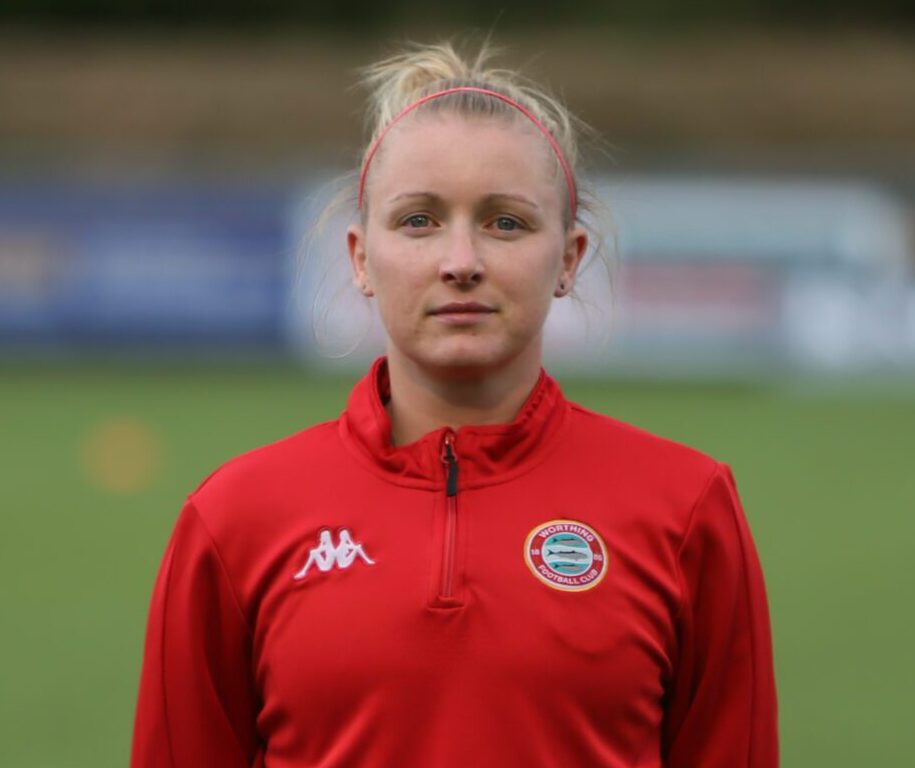 Charlie is an experienced and highly regarded Player; she will bring a wealth of technical and tactical ability to the midfield unit. She works very hard and is highly competitive, reads the game well and is a good communicator. She has played at a higher level and has great football intelligence. Charlie will bring vision and leadership to the team.

Charlie started playing football at the age of 8 and went on to join Plymouth Argyle at u10’s where she worked her way through the Centre of Excellence and into the women’s first team squad. She then moved to Portsmouth for University and went on to play for the University of Portsmouth, Brighton & Hove Albion, Lewes FC Women and Crawley Wasps. After a 2 season break from playing, Charlie coached alongside Kelly Newton at Lewes FC Women’s Under 18’s before joining Worthing FC Women this season. Off the pitch, Charlie works at Crystal Palace Football Club.