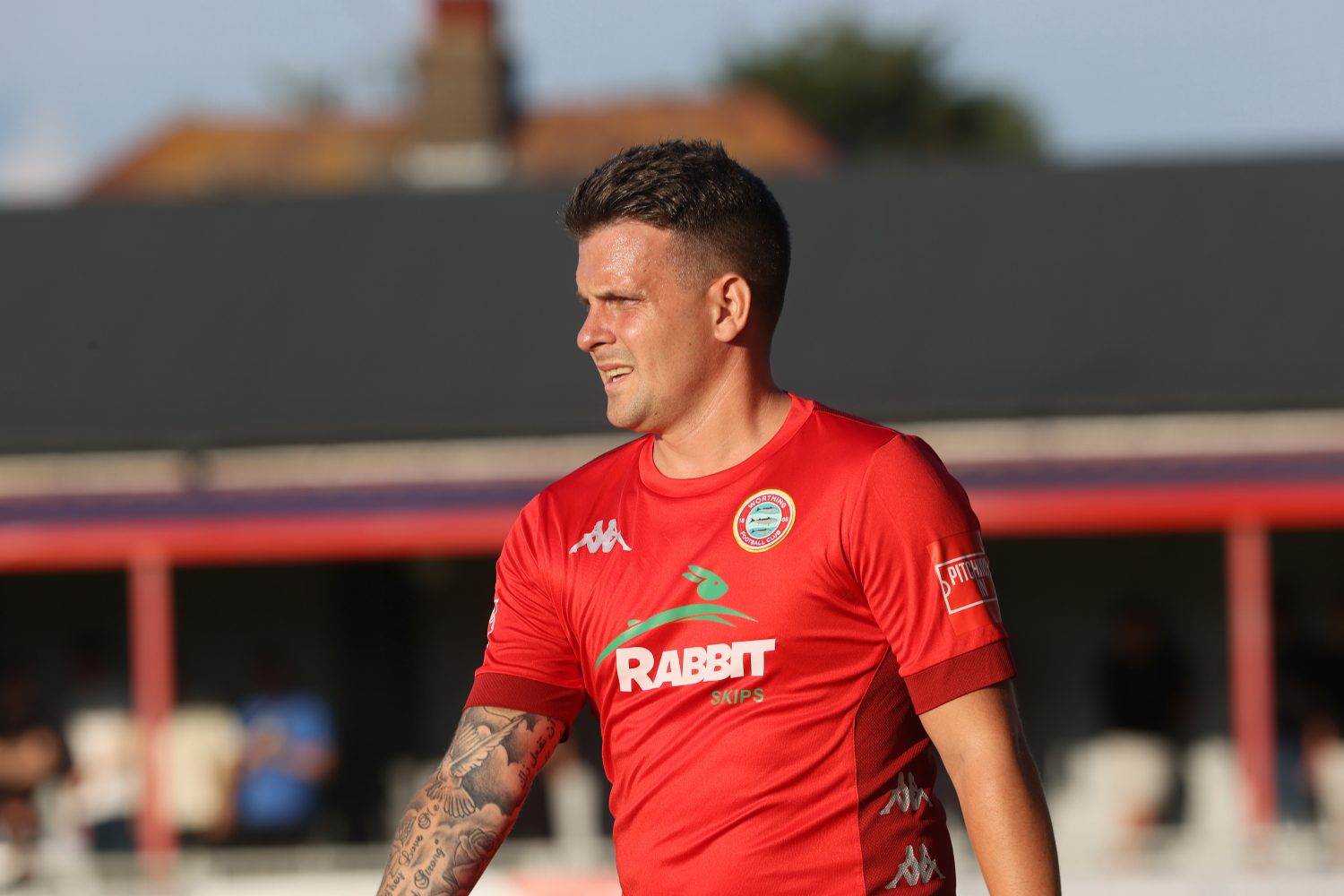 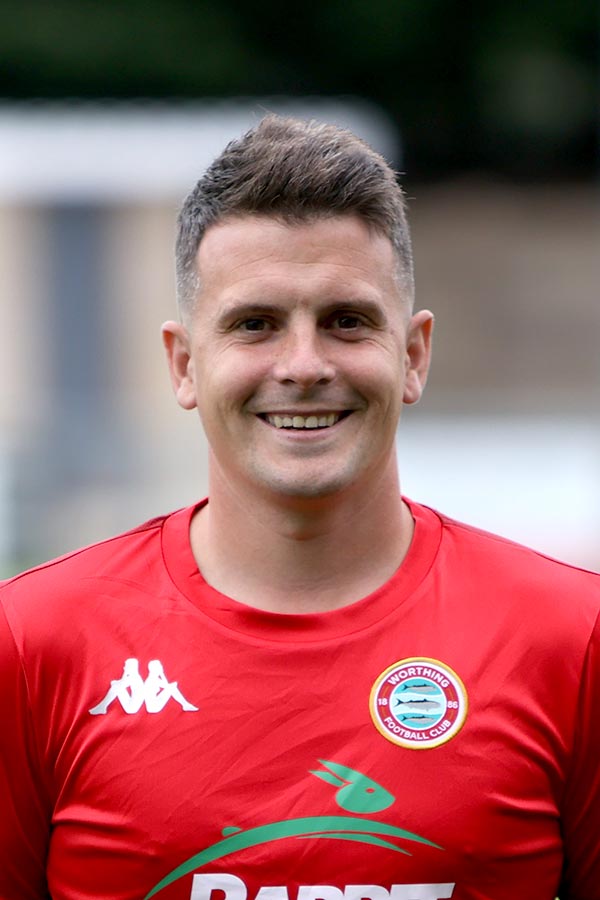 (Midfielder) A former teammate of Manager, Hinsh at The Albion where he played close to 150 appearances from his Championship debut in 2005, versus Plymouth Argyle up to his departure in 2010 and a move to Leyton Orient.

Worked his way up through the ranks with The Seagulls and enjoyed two temporary spells at Eastbourne Borough and Bognor Regis Town in his first season at the club.

Became a real fan’s favourite in East London (Layton Orient) and bagged close to fifty goals in over two hundred games during his time at Brisbane Road; most memorably, finding the back of the net from inside his own half in a 2-0 win at Walsall in October 2012. Left The O’s by mutual consent in 2016 and spent the next two years at Crawley Town, encapsulating a brief period at Burgess Hill Town in 2016-17.

Returned, permanently, to Eastbourne Borough in 2018 from where he linked up with us in the Summer of 2021; getting his first run-out in a pre-season friendly against Three Bridges and finding the back of the net for the first time in a 0-4 win at Leatherhead in September.