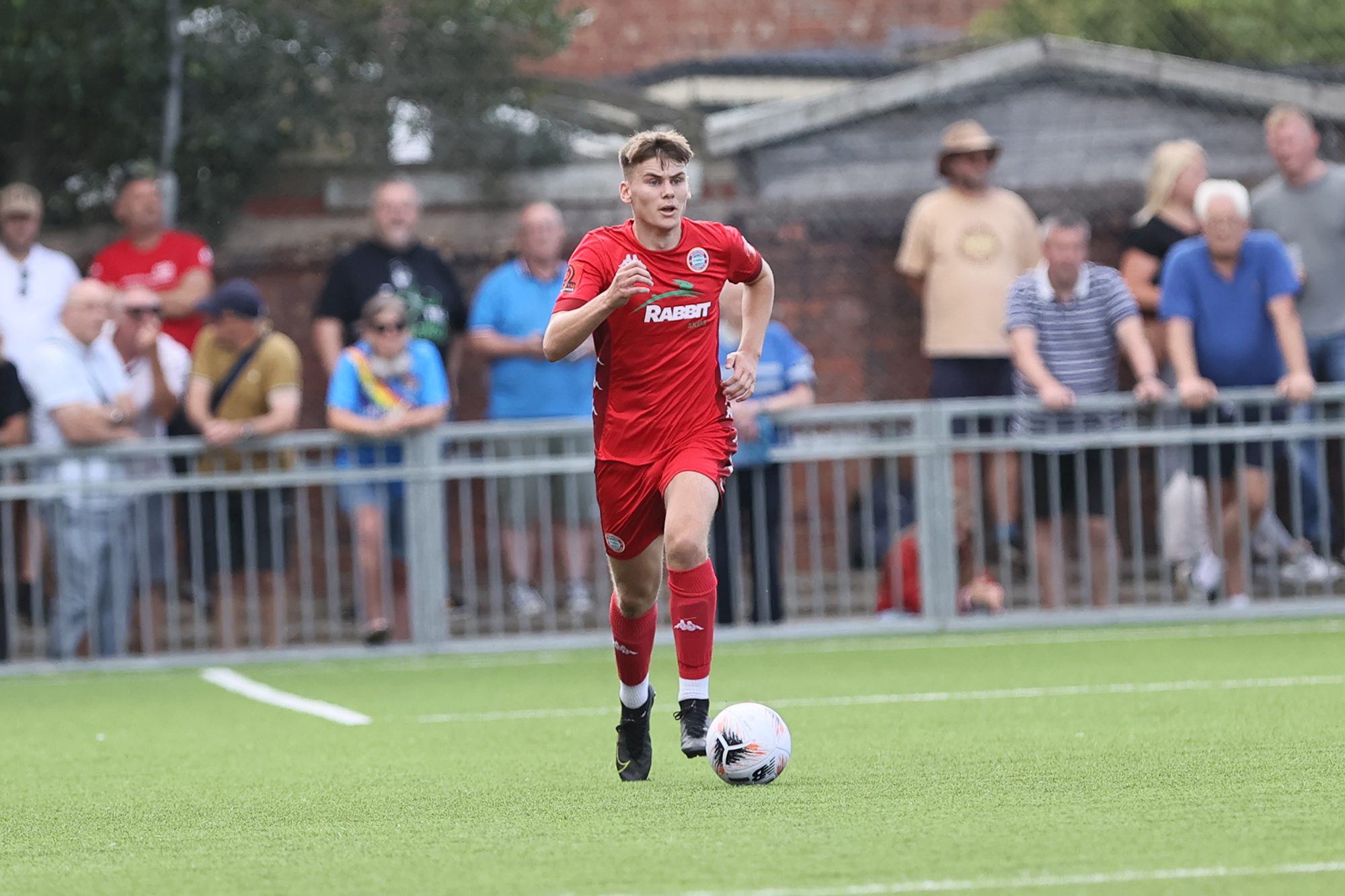 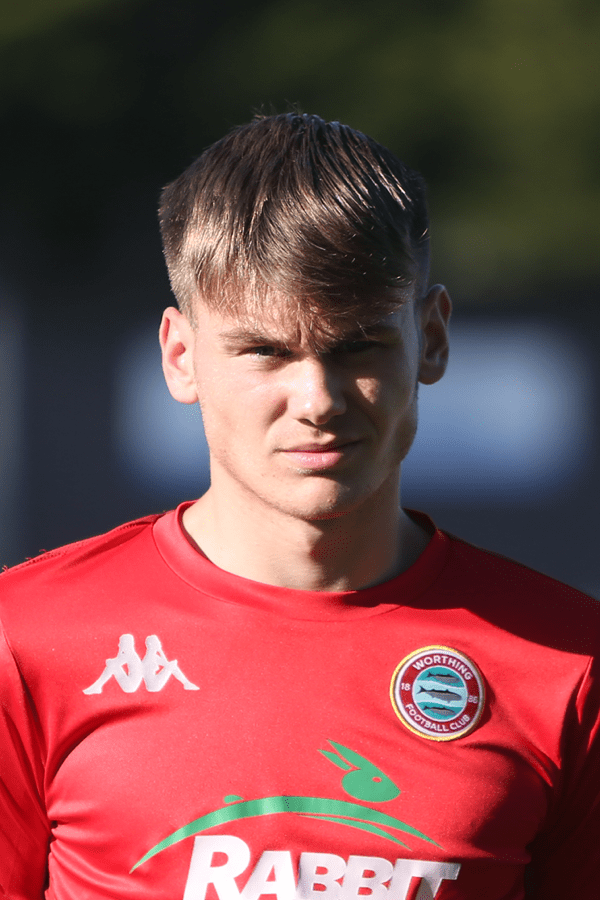 Centre-Half) First signed for the club at fifteen in 2019 and made his maiden U18’s squad appearance on the bench at home to Eastbourne Borough on 10th October that year.

Debuted in the 2-0 home win against Three Bridges on 18th November before becoming a regular the following campaign and turning out for the Senior side in pre-season.

However, it was the Summer of 2022 that really saw this unflustered defender throw his hat into the first team ring, culminating with a starting berth versus Dover Athletic. After a ‘Star Man’ performance his stock rose further courtesy of a goal in the 2-4 victory at Welling United on Matchday Two.