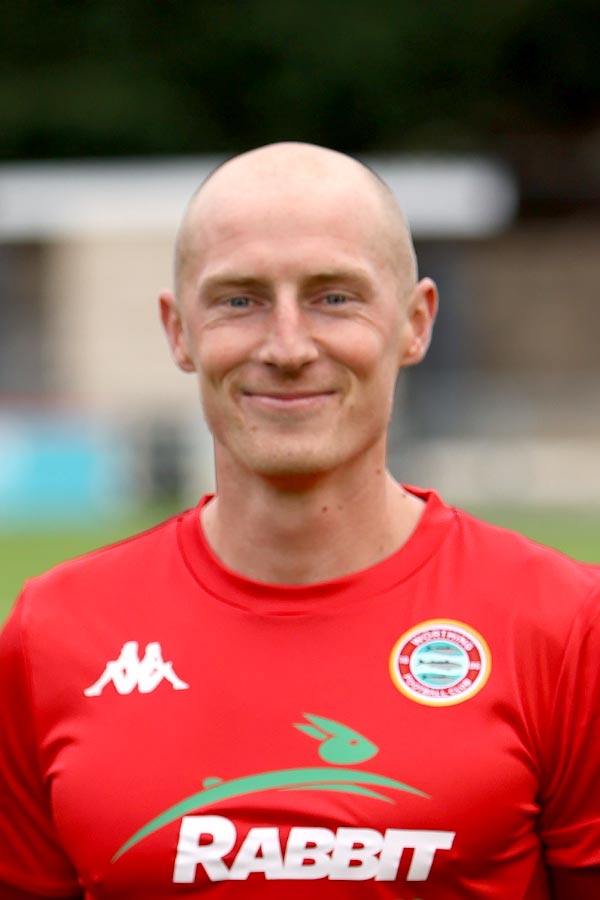 (Midfielder) Marked his return to red in our first friendly with Three Bridges, after his much anticipated second (temporary) coming had to be abandoned due to an injury crisis at then Parent club Dorking Wanderers in the Summer of ‘21.

Started his career at The Albion where he became Reserve Team Captain. Played in The Sussex Senior Cup Final of 2009 but was released at the end of that season. Brief periods at Ebbsfleet United and Eastbourne Borough came next before a five year spell at Bognor Regis Town proved to be particularly fruitful. Again, wore the Skipper’s armband and enjoyed a successful Division One South Play-Off campaign in 2012.

Reached the same stage in the Premier Division two years later along with another Senior Cup Final appearance and earnt a place in the Divisional Team of the Year. After a close season trial at Crawley Town, Kane signed a two year contract with Margate and experienced more Play-Off success in his first campaign as they returned to National League South.

His original Red’s debut came against Hendon at Silver Jubilee Park on the opening day of 2016/17, with his maiden goal arriving at home to Merstham on 4th October; the only one of the game.

Returned to Priory Lane and Eastbourne Borough at the end of that term before moving on to Meadowbank and winning National promotion with the last kick of the Play-Off Final, against former employers Ebbsfleet United.