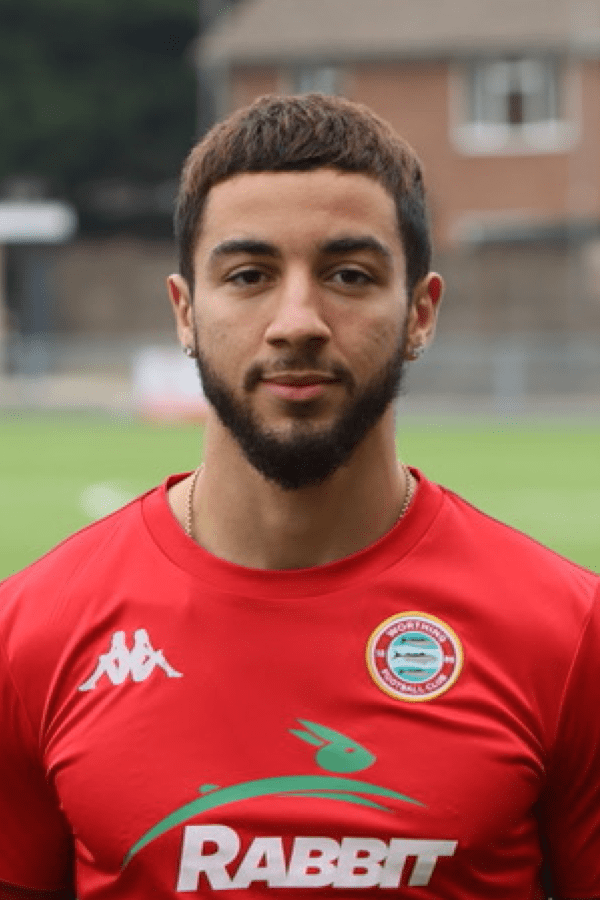 (Winger) Joined fellow new boy JB (Beresford) in debuting at Nyewood Lane, making a key contribution to the 3-1 victory despite only coming on for the final few minutes.

Bermudan-born Luke made his international bow in June’s World Cup qualifier against Suriname, having commenced his career in 2014-15 via the youth ranks of Southampton and Brighton & Hove Albion. Got his first taste of Men’s football with Peacehaven & Telscombe, earning moves to both Lewes and Bognor in the same season (2017-18).

Since then, he’s also turned out for the Towns of Haywards Heath and Staines; where he picked up the Supporter’s Player of the Year with the latter, despite the campaign ending early. Briefly signed for Horsham in the Summer but returned to ‘Heath before, appropriately, changing to red at Christmas.

Registered his first goals for us with a Man of the Match double in Easter Saturday’s 5-0 thrashing of Carshalton Athletic at The Crucial Environmental Stadium.