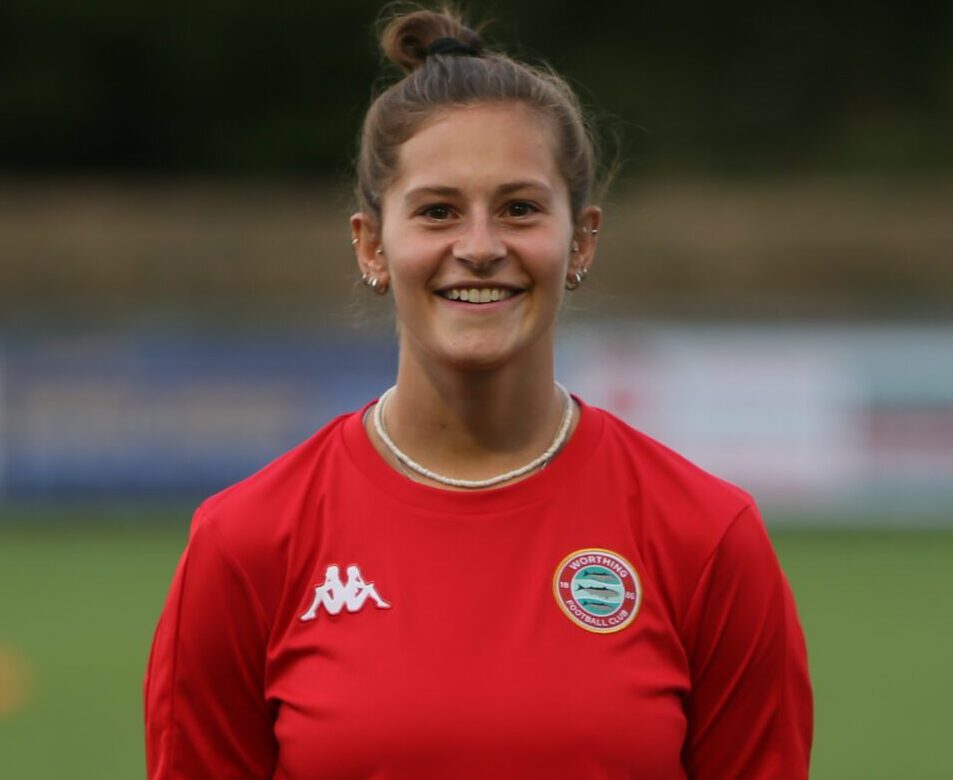 A tenacious and creative midfielder, Niamh started playing from the age of five for Predators, a team of boys and girls. As a senior she then went on to play for Brighton & Hove Albion in their Development Squad before moving to London to go to university where she gained her degree in Sports and Physical Education . Her journey in football continued when Niamh  was offered an invitation to be part of the high-performance team. During her third year she joined West Ham United U21s squad before returning home to Sussex. Niamh joins Worthing having played for local rivals Saltdean United last season.  Her stand out attributes are dribbling and taking on players, close ball control, vison, as well as longer-range shooting.