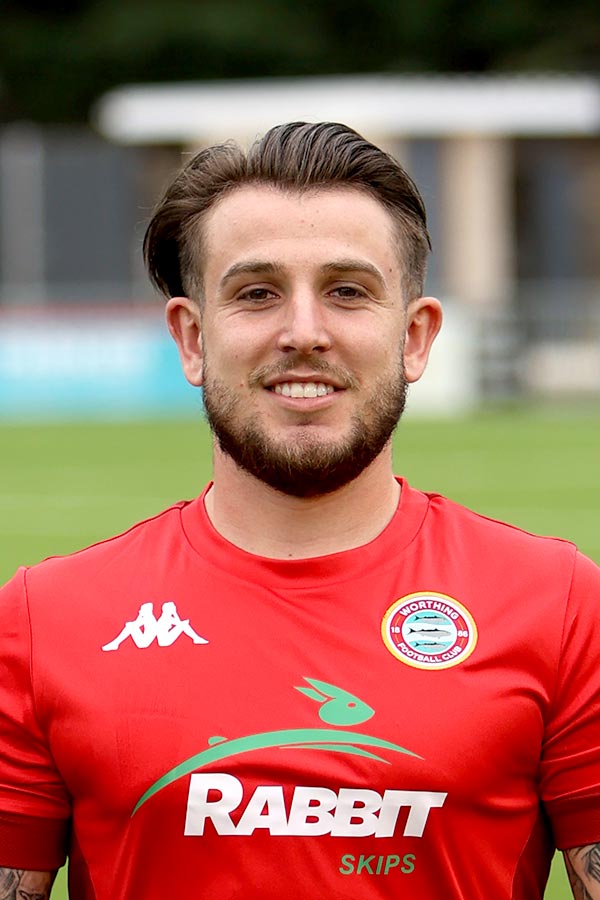 Initially, a season-long loan from our top-flight neighbours at The Albion, where he played his first game in their youth team at the tender age of sixteen. Moved up to the under-23s in 2017-18 and turned out for us in The Bostik League, off the subs bench, against Staines Town, followed by his first start at Shoreham, in The Velocity Trophy. Bagged his maiden goal at Harlow Town. His impressive form in a red shirt saw him sign for National League Bromley, after his release by Brighton. Whipped the home crowd into a frenzy, when he marked his temporary return with the 88th minute winner against Folkestone Invicta in November ‘18. Had further loan periods that term with Eastbourne Borough and Bognor before becoming a permanent red.