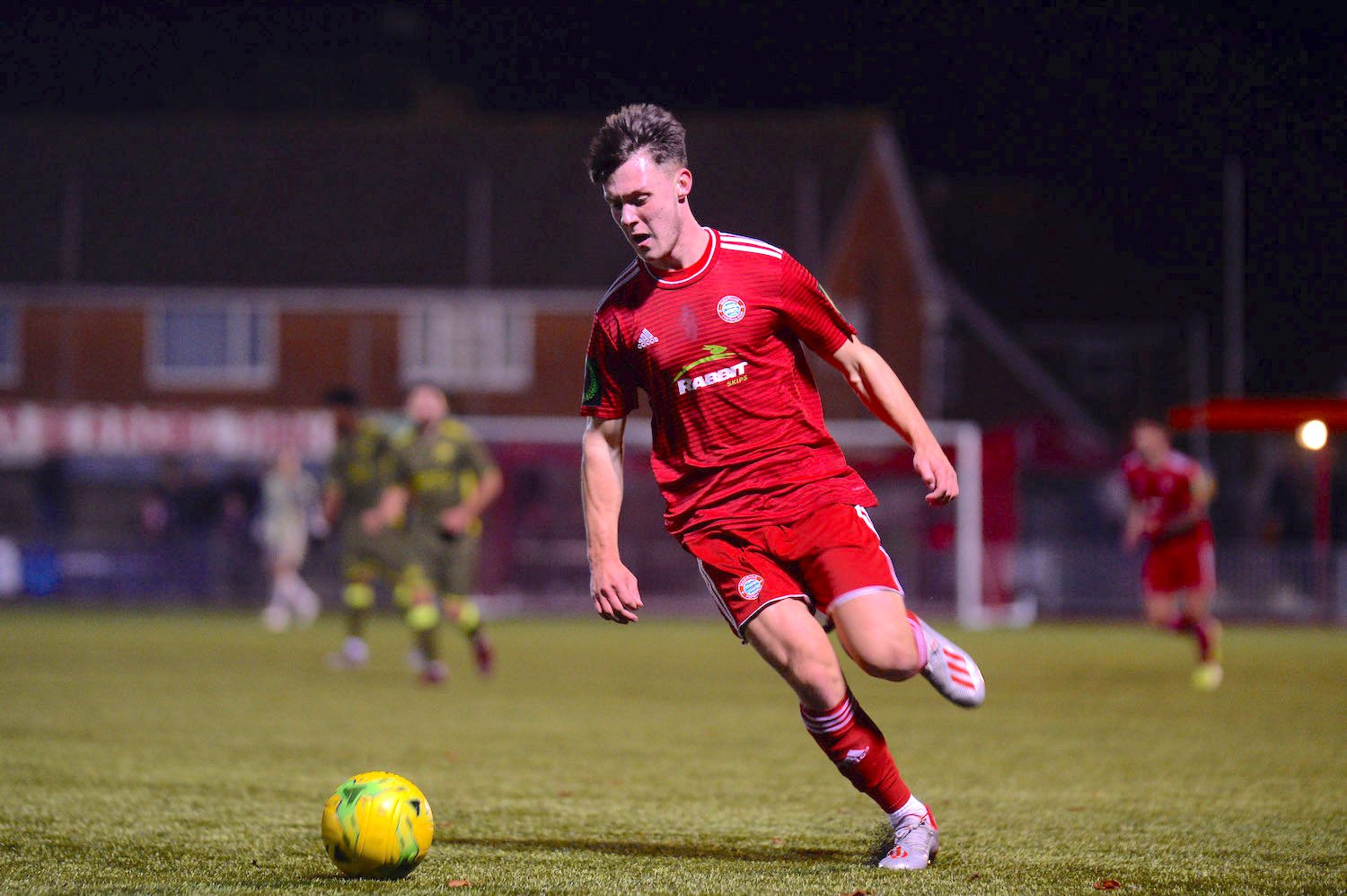 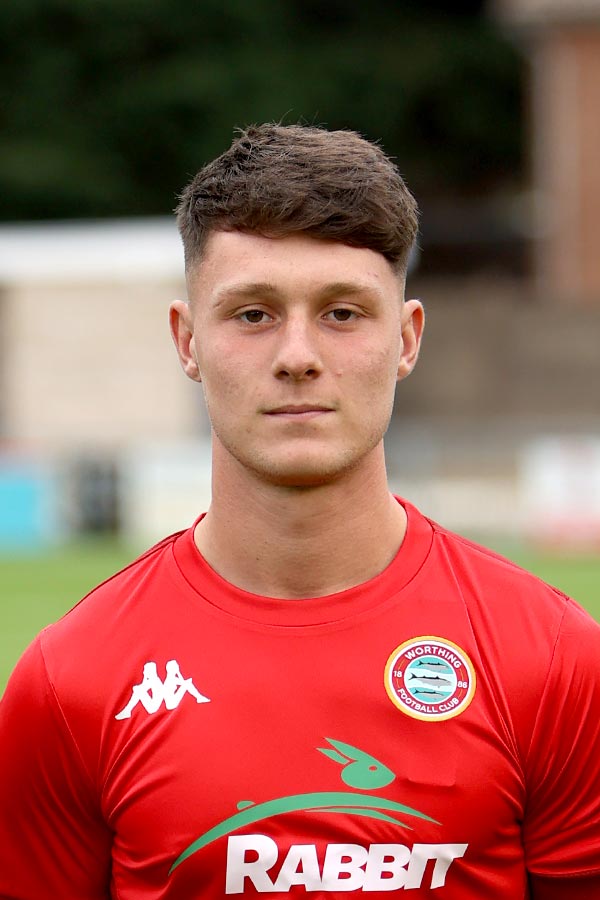 His footballing journey commenced with Albion’s under-18’s, where he debuted for them at Southampton in November 2017 but it was the following campaign that he became a regular; making twenty-four appearances and Captaining the side against Norwich City and Reading. Senior football came by way of a nine game loan spell, beginning in March 2019, at Haywards Heath Town, helping them reach the South East play-offs and RUR Cup Final. Although, he’d first turned out for them in December, when he was named Man of the Match. Released from The Amex and made his bow for us in the Summer sun at Selsey two pre-seasons ago but a broken foot at Whyteleafe meant a delayed competitive debut, until October’s visit to Cheshunt a few months later. 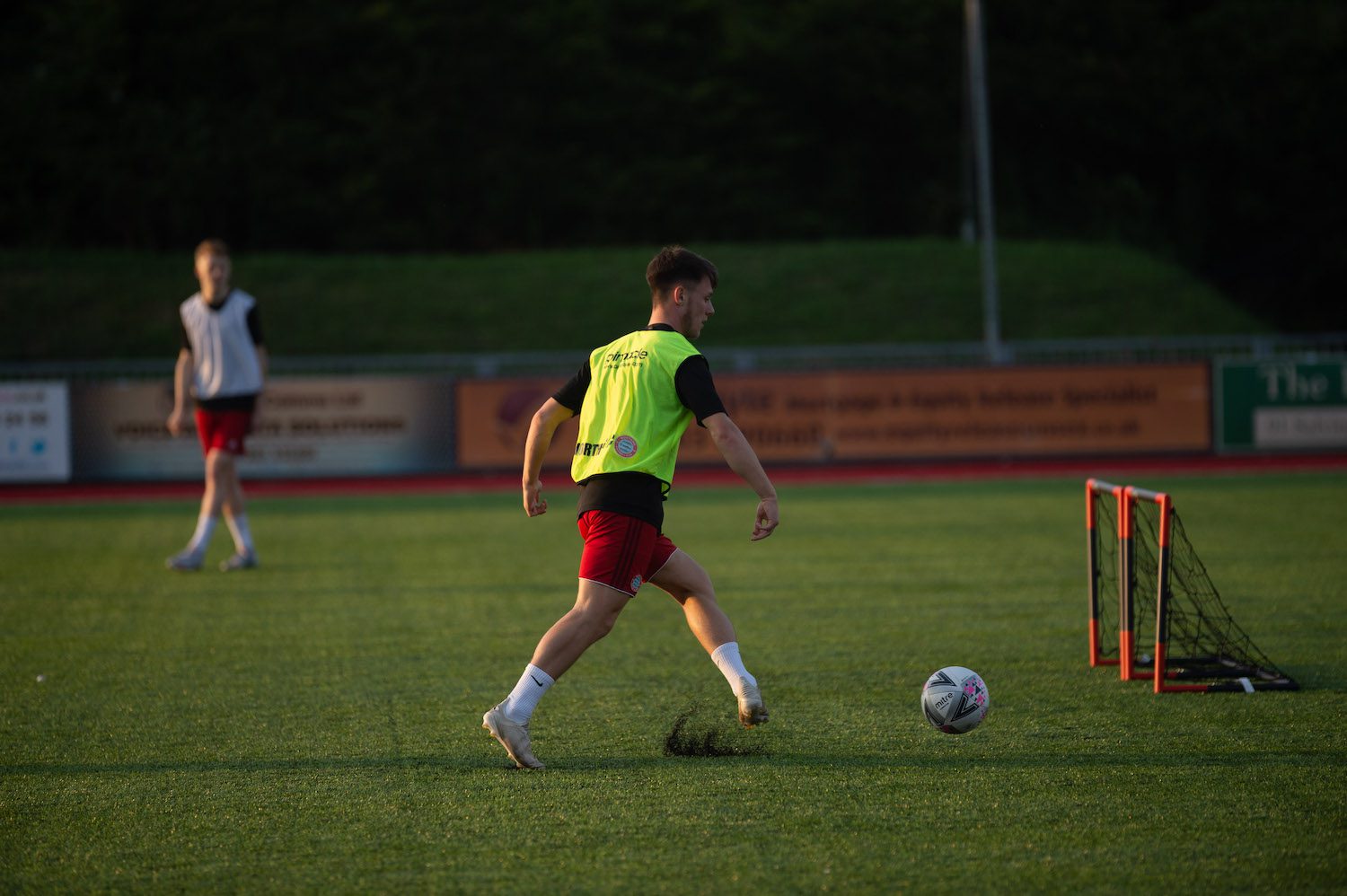 Setback For Tutt After Injury Woes 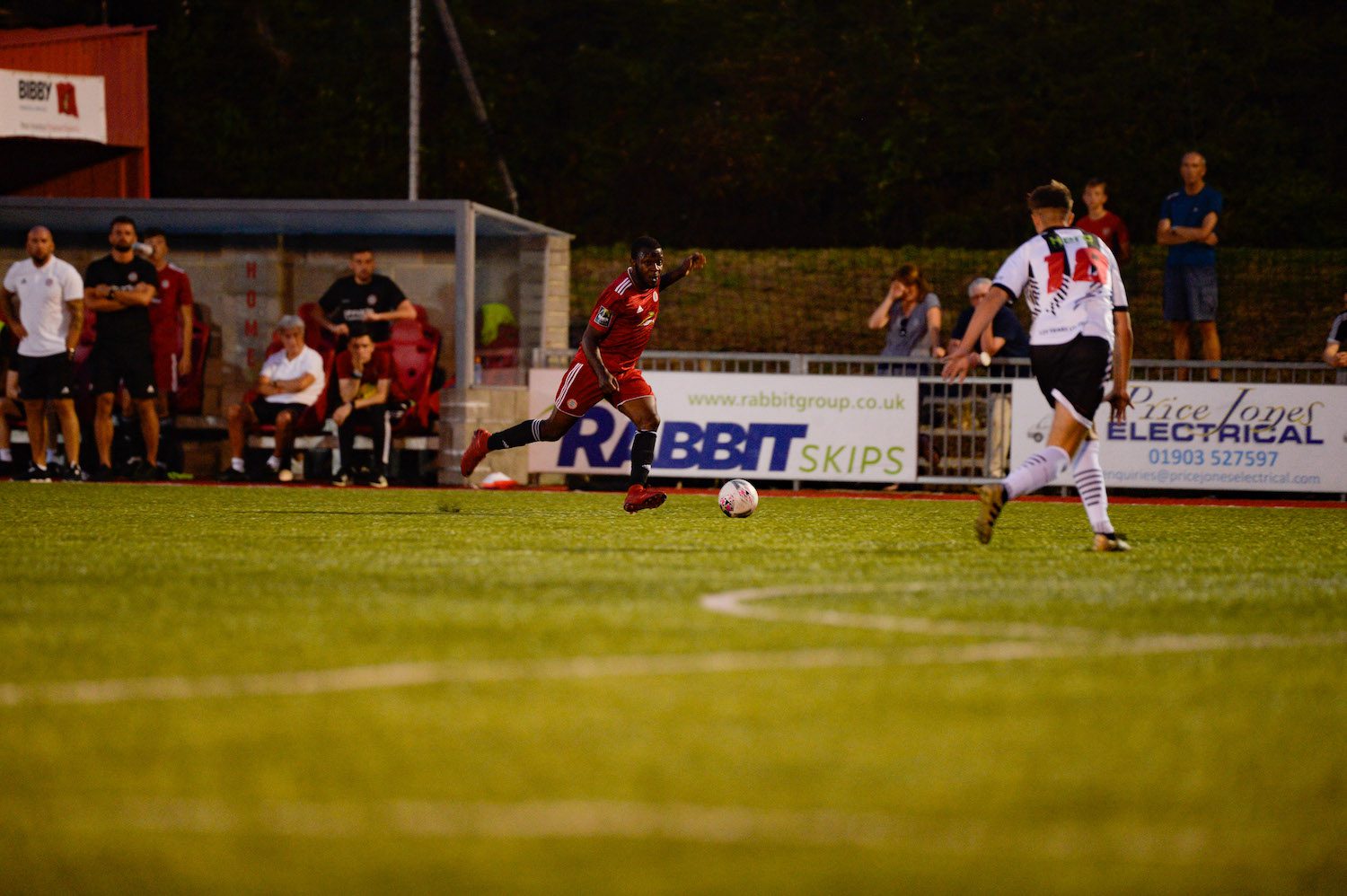 Who’s Tutting At The Back (?) And Armstrong’s Steady