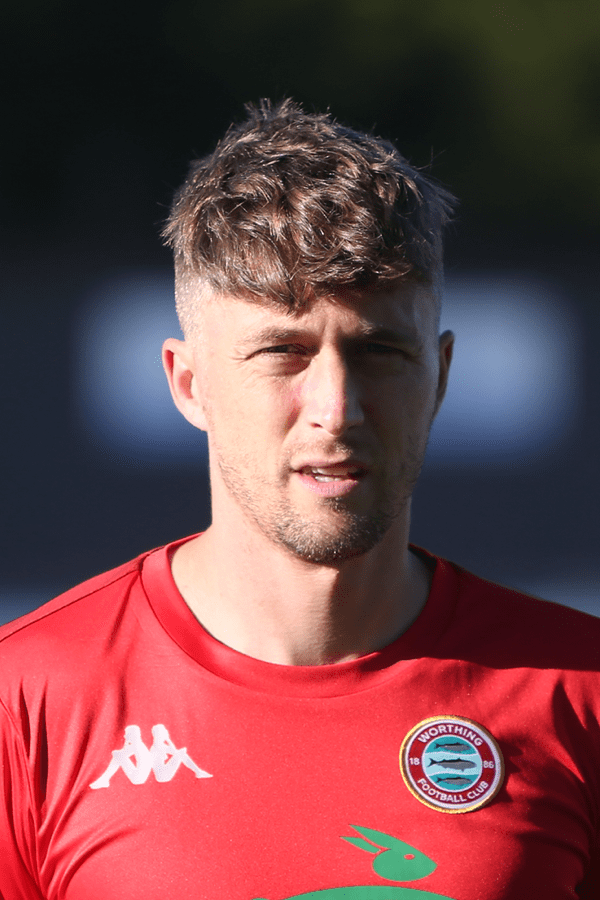 (Forward) Proven goalscorer who comes with an impressive CV.

Announced himself to the world of professional football by becoming Brighton’s youngest-ever scorer against Forest Green Rovers in 2003, just three weeks after his Riverside debut versus Middlesbrough. Two loan spells at Aldershot Town and one at Woking preceded a permanent move to The Shrews in 2009.

A brief time at Torquay United (loan) and two years at Northampton Town led to a handful of appearances for Luton Town before dropping into non-league in 2012. Put simply goals followed him wherever he went, taking in time at Whitehawk, Hemel Hempstead Town, Billericay Town – where he became their then record signing in March 2017 and broke the club’s goalscoring record for a single season (52, ending on 57) the campaign after that – Maidstone United, Billericay again and Dartford.

Finally succumbing to the persuasive powers of former Albion teammate, Hinsh in the Summer of’22. Typically bagged on debut against Three Bridges in July and the opening day draw with Dover. 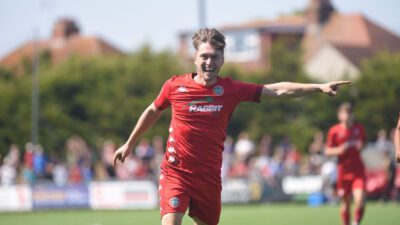