Here's Five Facts on Harlow Town Football Club ahead of our Home fixture on Saturday 16th February 2019. Did you know..? 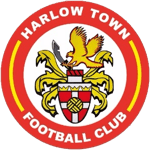 1. They are celebrating 140 years as a club and played their first game against Saffron Walden on 18th October 1879.

2. Became Harlow Town and Burnt Mill in 1898, after a merger with Netteswell and Burnt Mill but went back to their current name just four years later.

3. The team were picked by a “Selection Committee” from their formation up to 1957, whereupon Rick Barrett was named as their first Manager.

5. The town of Harlow is twinned with five other towns including two in The Czech Republic; Havirov and Prague 15, a municipal district in Prague.